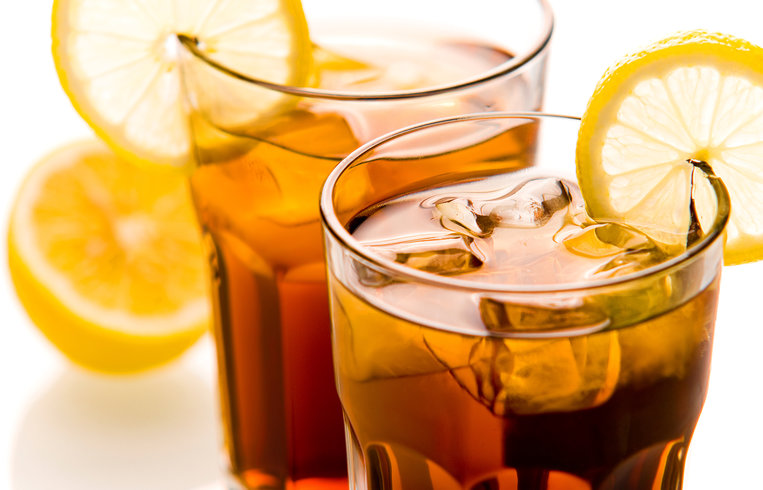 Who really invented the Long Island Iced Tea? There are a few versions… The most popular is that it was invented at the famous OBI (Oak Beach Inn) by Robert Butt. The Long Island Iced Tea was the winning cocktail of their annual cocktail creating contest in 1972 when Robert Butt picked up a bottle of triple sec (the one mandatory ingredient to be used in the contest) and started mixing away. The drink was so popular that it eventually became the OBI’s “house drink”. So well-liked and trendy, by 1980, the Long Island Iced Tea was world famous! It has also been said that it was actually Chris Bendicksen at the OBI who invented the drink, and similar drinks date as far back as prohibition times when the drink was made with whisky and maple syrup by “Old Man Bishop” in a small community named Long Island in Kingsport, Tennessee. But of course we Long Islanders prefer the story that started at the OBI!

Consisting of 5 types of liquor, this drink may look like mama’s sweet tea, but doesn’t actually include any tea, and really packs a punch! Since this drink contains numerous ingredients, it’s easy to modify the recipe to your own taste. Popular variations range from using less triple sec; substituting Grand Marnier for triple sec; substituting brandy for tequila; substituting lemon juice for sour mix; or even using a splash of real iced tea instead of a splash of Coke!

If you want to stick with an authentic island cocktail and the Long Island Iced Tea is just not your “cup of tea”, maybe Fire Island’s famous Rocket Fuel is more your style. It’s basically a piña colada with a Bacardi 151 floater and can also pack quite a punch!